Join us on Friday, 4 November for a discussion about Israel’s fifth general election in four years between Jadaliyya Co-Editor Mouin Rabbani and International Crisis Group Senior Analyst on Israel-Palestine Mairav Zonszein. This episode of Connections will examine the election result, its policy implications, and broader consequences.

Mairav Zonszein is Senior Analyst on Israel-Palestine with International Crisis Group, where she is responsible for covering Israeli domestic politics, relations with the Palestinians, and regional conflict settings and policies. Zonszein is an Israeli-American journalist and commentator who has covered Israeli politics and U.S. foreign policy for over a decade. Her work has appeared in The New York Times, The Washington Post, The New York Review of Books, Foreign Policy, The Guardian, The Columbia Journalism Review, The Nation, The American Prospect, VICE, The Intercept, and more. She is a founding editor of +972 Magazine and a contributor to Jewish Currents.

Connections Episode 36: The War in Ukraine with Nabih Bulos

Connections Episode 42 - Palestine: The Right to Self-Determination with Francesca Albanese 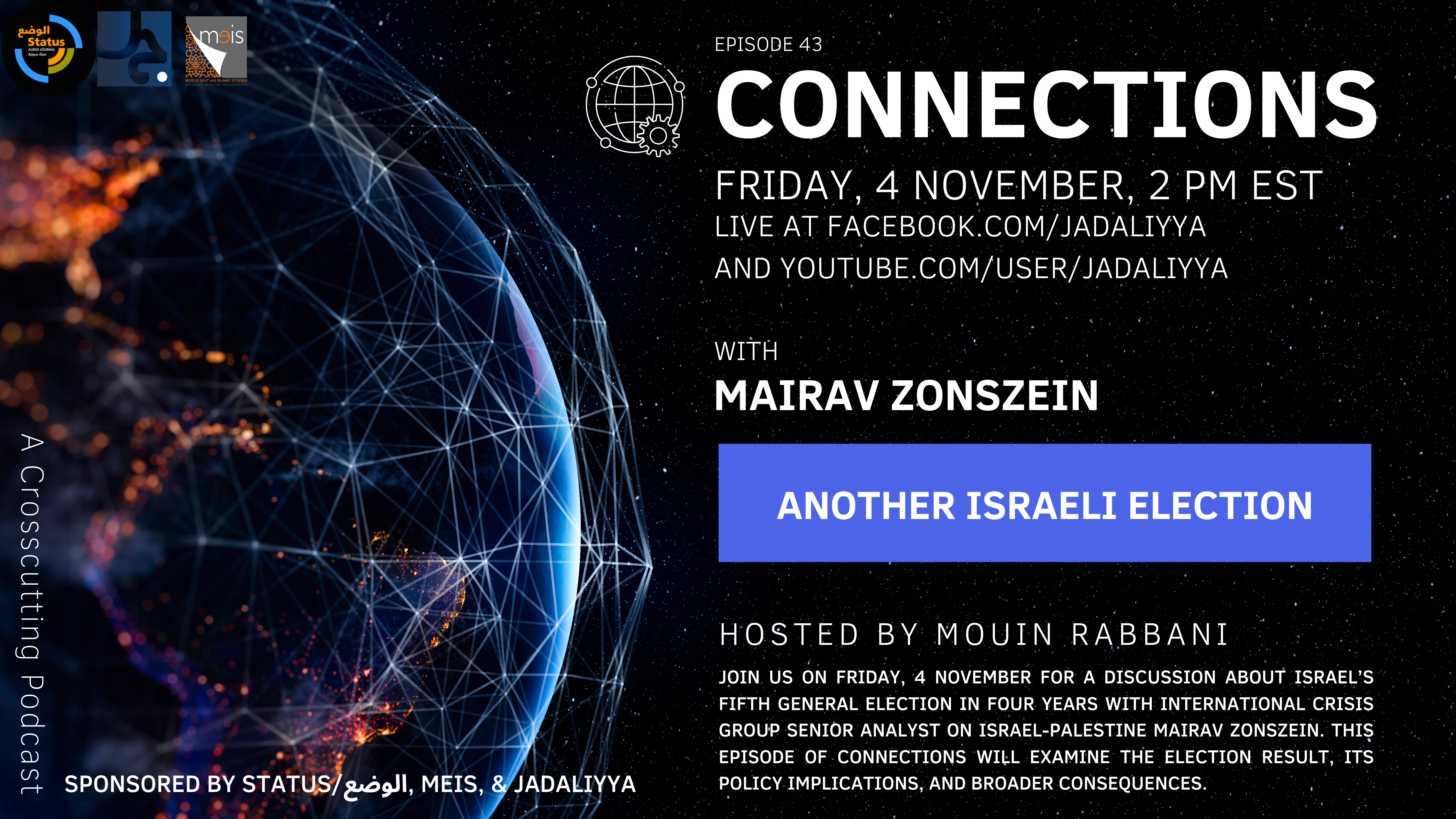