Connections Episode 44: Another US Election with Rick Perlstein (11 November)

Join us on Friday, 11 November for a discussion about the US mid-term elections between Jadaliyya Co-Editor Mouin Rabbani and  journalist, commentator, and award-winning author Rick Perlstein. This episode of Connections will examine the election results and their implications for both the US domestic arena and foreign policy.

Rick Perlstein is the author of four books, including Before the Storm: Barry Goldwater and the Unmaking of the American Consensus, winner of the Los Angeles Times Book Award for history, Nixonland, which Newsweek called “the best book written about the 1960s”; The Invisible Bridge: The Fall of Nixon and the Rise of Reagan, which Frank Rich in the New York Times called “a Rosetta stone for reading America and its politics today”; and most recently, Reaganland, winner of the Sidney Hillman Prize. His political journalism has appeared in publications including the New York Times, the Nation, and The New Republic. A frequent commentor on cable news and historical documentaries, he lives in Chicago, where he serves as president of the board of the 46-year-old progressive magazine In These Times.

Connections Episode 36: The War in Ukraine with Nabih Bulos

Connections Episode 42 - Palestine: The Right to Self-Determination with Francesca Albanese 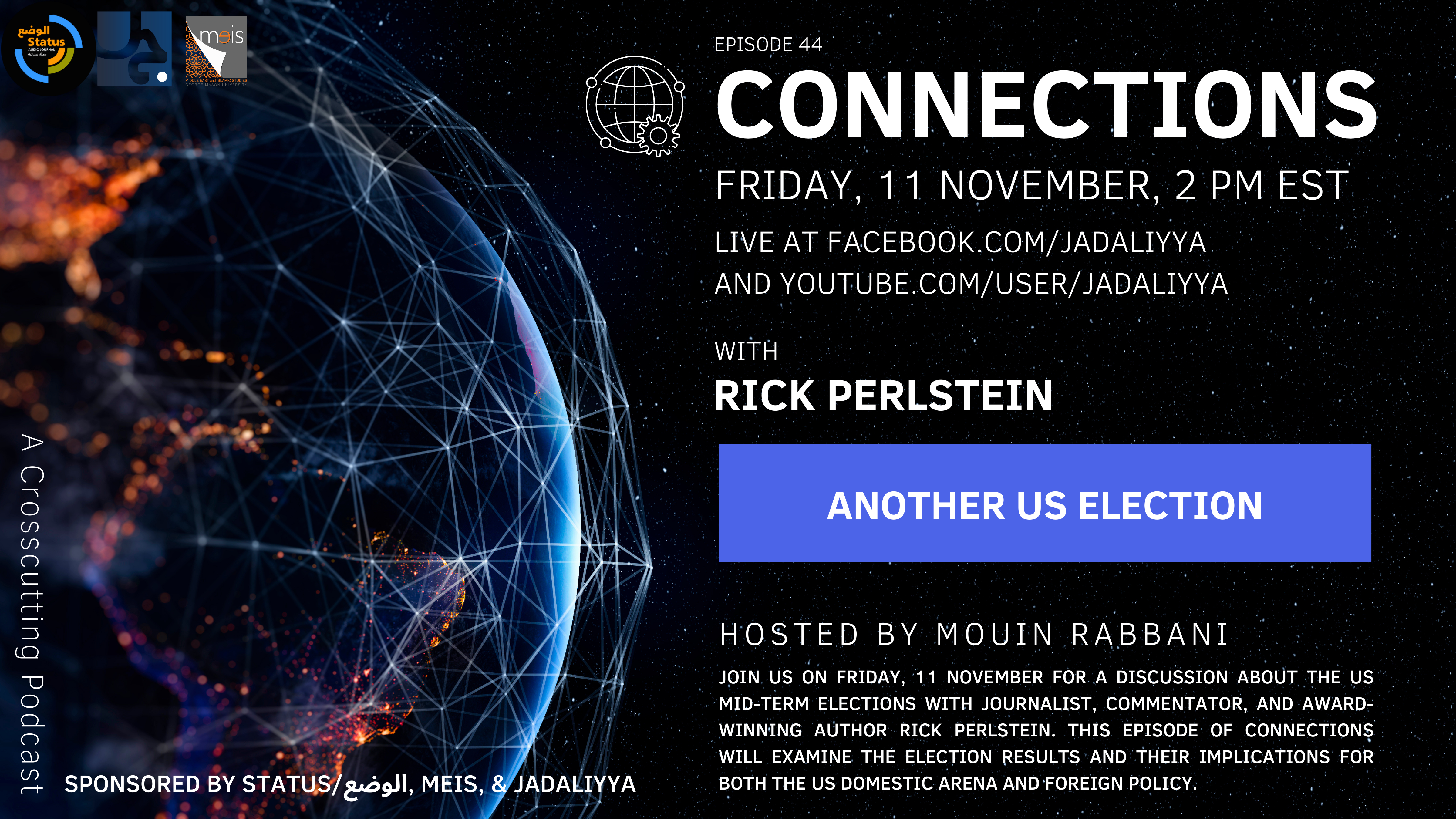