Live with ASI is a monthly broadcast program that showcases recently published content from the Arab Studies Institute’s various branches. This content includes articles, reviews, pedagogical resources, podcasts, and more. Also featured in the broadcast are brand new interviews and discussions with authors and contributors

This month’s episode of Live with ASI covered two months of knowledge production within ASI, its various branches and partners. In Episode 2.3, co-hosts Bassam Haddad and MK Smith discussed pedagogy, highlighted a number of engaging podcasts and interviews, spoke with a number of ASI’s close partners, and announced a new podcast by the Knowledge Production Project. 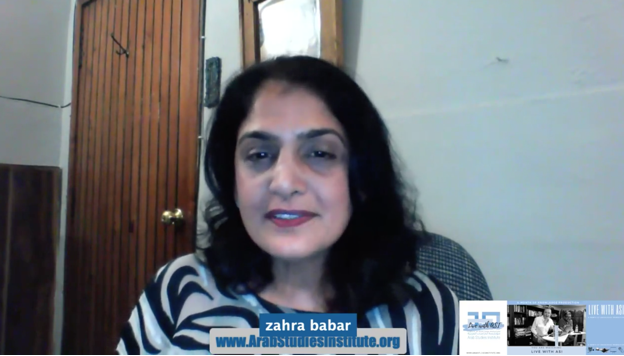 Zahra Babar, Associate Director for Research at Center for International and Regional Studies (CIRS) at Georgetown University in Qatar, joins the show live from across the globe.

We are now nine months into the collaborative year-long project, Ten Years On: Mass Protests and Uprisings in the Arab World. The Ten Years On project brings together seventeen of our partners to produce resources for educators, researchers, students, and journalists to more critically understand the Arab Uprisings, and their various dimensions, over the past decade.

The project has put on over twelve panels and events, with discussions ranging from regional dynamics, Islamism, gender, art, and media. The next Ten Years On signature Event “Activism in Exile: Diasporic Communities in the Wake of the Arab Uprisings,” will be held on September 30th, and is co-organized by the Center for International and Regional Studies (CIRS) at Georgetown University in Qatar. Associate Director of CIRS, Zahra Babar, joined the show live to speak about the upcoming panel.

Lisa Wedeen speaks about the intellectual contributions of the Ten Years On project thus far, including its consideration of how to revamp approaches to knowledge production and creative thinking.

Lisa Wedeen, Mary R. Morton Professor of Political Science and the College and Co-Director of the Chicago Center for Contemporary Theory at the University of Chicago, also joined the show live to discuss the contributions of the Ten Years On project. Among her reflections on the importance of the project, Wedeen pointed to the ongoing debate around marking the ten-year anniversary in ways that remain true to the ongoing struggle and profound disappointments of the Arab Uprisings. 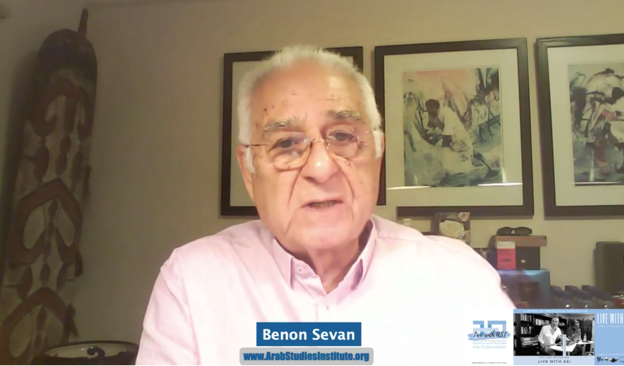 Benon Sevon reflects on the potential regional implications of the American withdrawal from Afghanistan.

Last month, Jadaliyya Co-Editor Mouin Rabbani spoke with former United Nations Under-Secretary-General Benon Sevan, who served as UNenvoy to Afghanistan and Pakistan from 1988–1992, about current developments in Afghanistan. During the podcast episode, Rabbani and Sevon examined the withdrawal of US and NATO forces from Afghanistan and the collapse of the government in Kabul, as well as how it compares with the Soviet withdrawal in 1989 and its aftermath. Sevon joined LWA Episode 2.3 live to discuss these issues further. [13] 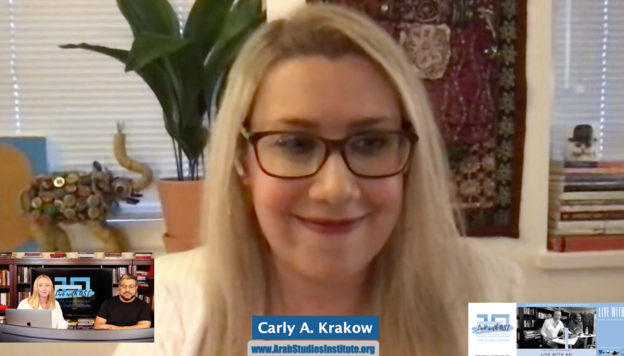 Carly A. Krakow joined live for her monthly current affairs segment, The Catch-Up.

Carly A. Krakow spoke with Bassam and MK to share updates from two recent broadcast interviews she conducted that aired over the summer. The first was with Afrah Nasser, Independent Press Freedom Award-winning journalist and Human Rights Watch Yemen Researcher. The second was with Palestinian filmmaker Hind Shoufani, co-writer and editor for Oscar-nominated and BAFTA-winning Palestinian film “The Present.”

Both are available to watch now through the links below! 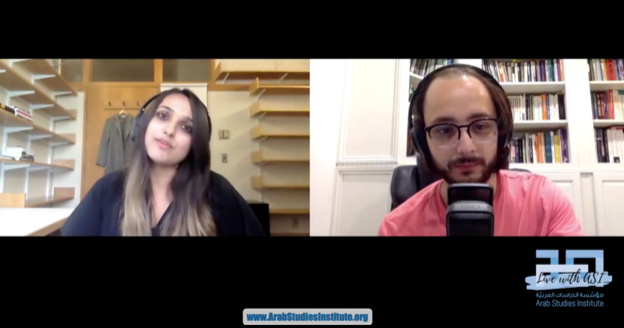 LWA Producer Mohammad Abou-Ghazala spoke with Huma Gupta for an inside look at the key takeaways from the new special episode of the Environment in Context podcast.

In August, the Environment in Context podcast series held a special episode, titled “Red, Green, and International: Abolition Geographies and Environmental Movements.” In the podcast episode, host Huma Gupta and China Sajadian, a doctoral candidate in the Department of Anthropology at the CUNY Graduate Center, discussed abolition geographies and environmental movements with renowned geographer and activist Ruth Wilson Gilmore, who teaches in Earth and Environmental Sciences, and directs the Center for Place, Culture, and Politics, at the City University of New York (CUNY) Graduate Center. 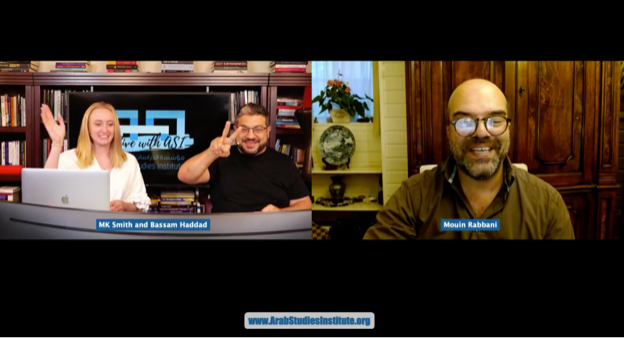 Jadaliyya Co-Editor Mouin Rabbani shared some of the recent highlights for his podcast, Connections.

Over the last year, Jadaliyya Co-Editor Mouin Rabbani has excelled at a new endeavor: podcasting. Connections offers timely and informative interviews on current events and broader policy questions related to the Middle East. The audiovisual podcast combines journalism, analysis, and scholarship. With thirteen fascinating episodes out now, each featuring thought provoking conversations with key players in the latest policy and knowledge production conversations. Mouin Rabbani joined the show to discuss highlights from the six Connections episodes published over the past two months.

The Middle East Studies Pedagogy Initiative (MESPI) recently released two “Essential Readings” (ERs). To create ERs, MESPI invites scholars to submit foundational and diverse reading lists on topics pertinent to their research. This summer Sardar Saadi put together an ER on the Left in Kurdistan, and Rochelle Davis published a list on Refugees and Forced Displacements.[22] 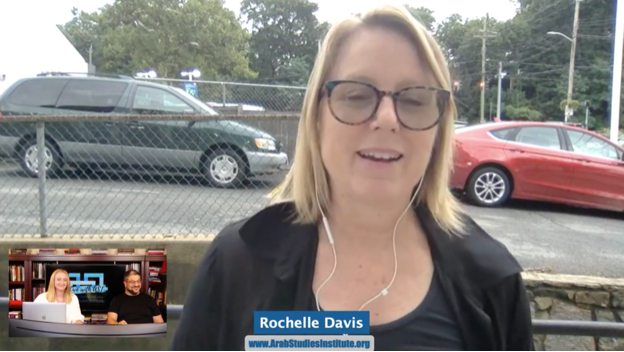 Dr. Rochelle Davis from Georgetown University’s Center for Contemporary Arab Studies (CCAS) joined the show live to discuss the history and mutual benefits of the CCAS-ASI working relationship, including the founding of the Arab Studies Journal. 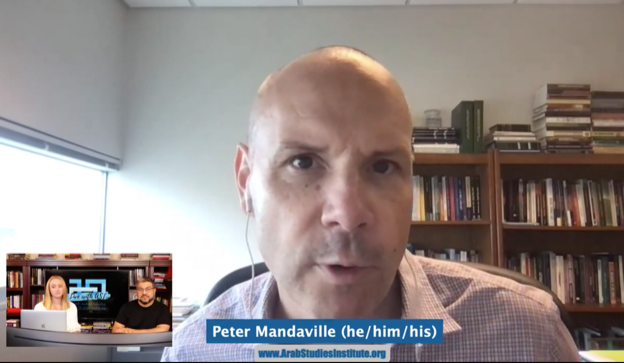 Peter Mandaville, Director of Ali Vural Ak Center for Global Islamic Studies at George Mason University, discusses the center’s partnership with MESPI to create “The Islam Module,” which is an innovative pedagogical tool to help instructure engage with productive questions related to Islam. 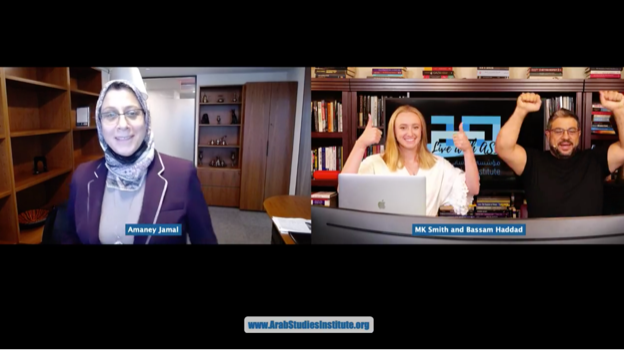 Dean Amaney Jamal of Princeton University’s School of Public and International Affairs, who is the Co-Founder and Co-Principal Investigator at the Arab Barometer, talks about the power of pulling together collective networks in order to create the Ten Years On project. 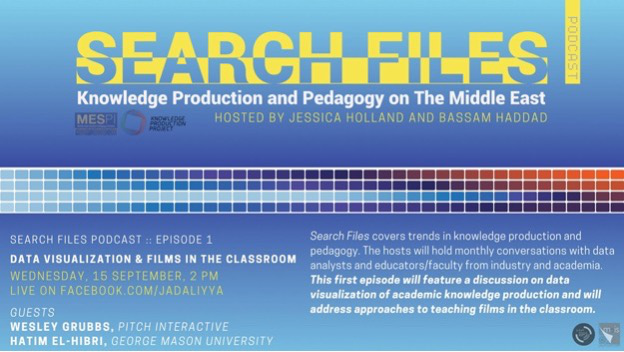 A new podcast series from the Knowledge Production Project was announced.

Search Files covers trends in knowledge production and pedagogy in the Middle East and North Africa based on a constantly evolving dataset and pedagogic research.

The KPP and Middle East Studies Pedagogy Initiative (MESPI) teams of ASI will converse with data visualization and MENAexperts, as well as educators and faculty from industry and academia. The podcast will also interview faculty as well as people behind the sceneswho gather the records that make it possible to critically analyze trends in knowledge production.

Be sure to tune in next month to hear about the first episode! 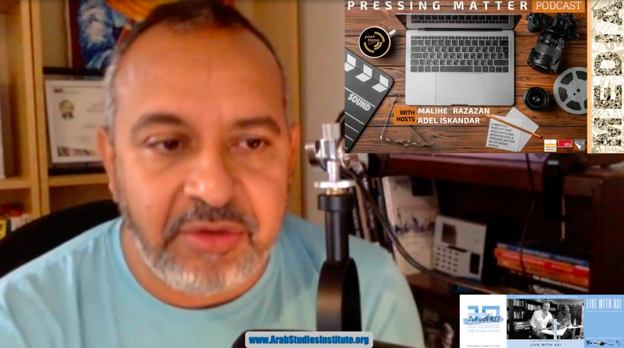 Adel Iskandar discusses the upcoming episode of the media-focused Pressing Matter podcast, which he co-hosts with Malihe Razazan. The episode takes a cue from the US withdrawal from Afghanistan and looks at post-9/11 warmongering in the media.

James L. Gelvin published an edited book titled, The Contemporary Middle East in an Age of Upheaval with Stanford University Press. The book addresses what has been called the “New Middle East,” which the American invasion and occupation of Iraq and the Arab uprisings of 2010-11 ushered in, and places contemporary events in the context of broader historical trends.

Laura Robson’s new book from Oxford University Press titled, “The Politics of Mass Violence in the Middle East” looks at how mass violence became a constitutive element of the state and political authority in the “Mashriq” over the course of the 20th Century.

Here are some of the other New Texts Out Now: 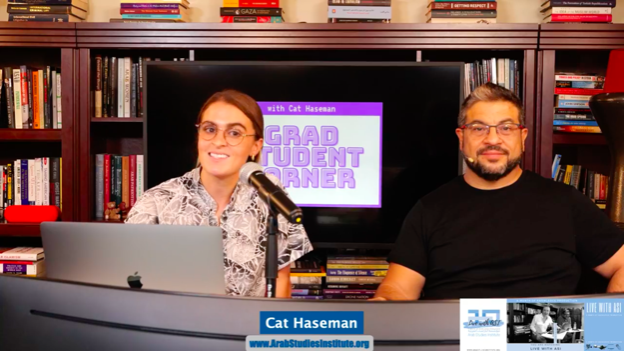 Cat Haseman highlights content produced over the summer with a special focus on considering what is most pertinent and interesting to graduate students.

In this session of the Grad Student Corner, Cat pointed students to Jadaliyya’s Maghreb Page. Over the past two months, the page has published several pieces in English and in French related to the political events unfolding in Tunisia since July 25. Cat highlighted Ouiem Chettaoui’s recent article “Tunisia: Western Pundits or “Hot-Take” Arsonists,” who challenges the reader to think about how hasty opinions and policy prescriptions promoted on the internet, especially by non-Tunisian, Western-based pundits, can influence narratives and outcomes.

This month’s episode of Live with ASI ended with a look at two must-read articles from Jadaliyya.

Jadaliyya Co-Editor Mouin Rabbani interviewed Hiba Zayadin, Gulf researcher at Human Rights Watch, to get a better understanding of the controversial treatment of the migrant laborers in Qatar tasked with constructing facilities for the 2022 FIFA World Cup.

July marked the fiftieth anniversary of the communist massacres in Sudan. A piece published over the summer titled “Prison Memories: Sudanese Communists and the Aftermath of July 1971 in Kober” by Shahenda Suliman, recognizes the Kober colonial prison as a site of political practice and inquiry. Its walls, Suliman writes, tell the stories of Sudanese nationalism, anti-colonialism, marxism, and political Islam.

"Reflections on the State of Democracy in Iran after the 2021 Elections: An Elegy for the Voting Non-Voter" by Shervin Malekzadeh looks at the protesting non-voters in Iran and inquires into whether Iran’s newly empowered hardliners will pursue a new social contract between state and society.